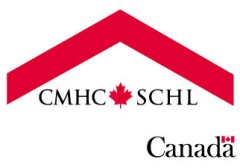 Canada Mortgage and Housing Corp. (CMHC) is intending to make it much easier for homeowners renting apartments out in their primary homes to qualify for a mortgage. The CMHC, which controls a large percentage of the mortgage default insurance market in Canada, unveiled improvements to its guidelines Monday, and effective Sept. 28th., which are designed create more affordable housing.

The Crown corporation has said Vancouver has 26,600 rental units in primary residences which is around 20% of the rental apartments currently in the city. The updates from CMHC would permit property owners to include the revenues from their supplementary apartment when being qualified for a mortgage. This is seen as something that could bring more individuals into the real estate market. The changes would primarily apply to multi-unit owner-occupied properties include basement rental units. Secondary apartment units should be self-contained and have a separate kitchen, bedroom, and bathroom.

One important issue will be whether the apartment units are legal or not. CMHC only recognizes units that are legal or conform to local municipal standards. The Crown corporation says that it will be up to lenders to use sound judgment when it comes to borrowers proving that the units are indeed legal. Since most basement apartments are not legal, it is difficult to say what impact these changes will have.

According to the latest guidelines, CMHC will take into account 100% of the rental income from a two-unit owner-occupied property that is being financed. The municipal tax and heat for the property, including the apartment, must be used when establishing the debt service ratios. Currently only 50% of the rental income is used for qualifying.