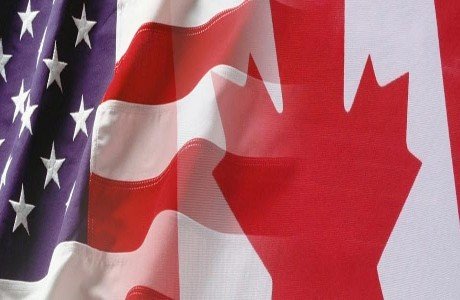 Residential home purchases are on the rise in the US and are set to be the best in eight years – since 2007. Buyers are surging back into the housing market, and the vast majority are first time purchasers. This influx of home buyers is driving prices up and up, due to strong employment and very low mortgage interest rates.

The busy housing market is a sign that the U.S. economy is firmly on the road to recovery and definite improvement. Buyers are more positive about their own financial futures and appear ready to close sales quickly. Many fear being possibly priced out of the market by potential mortgage rate hikes and steadily increasing home prices.

According to Nela Richardson (Chief Economist at Redfin), “demand is off the charts in 2015, and that is really boosting sales. Last year, buyers were dipping their toes in their water. Now, they’re diving in.”

The National Association of Realtors stated on Monday that sales of existing homes climbed 5.1% last month to a seasonally adjusted annual rate of 5.35 million. May was the third straight month of the sales increasing, and has surpassed 5 million homes.

Listings have not been able to keep up with the increase in demand, leading to the higher than normal price increases. Average home selling prices have risen 7.9 per cent in the last 12 months to $228,700, (US) coming in just below the July 2006 peak before the crash.

Roughly 32% of the homes purchased last month were by first timer buyers. This is up from 27% just one year ago. The increase is significant but is still behind the traditional average of first time buyers making uo 40% of the residential buyers. The larger percentage of non-first-time buyers could be due to the large amount of displaced homeowners re-entering the market after being forced to rent.

The increase in home sales can easily be linked to employment numbers. 3.1 million additional workers have been hired in the past year, and the unemployment rate has dropped to 5.5% from 6.3%. This has led more Americans to start feeling financially comfortable immediately following the most severe housing related downturn in eighty years.

According to Richardson,“that’s the big psychological shift between this year and last year.”

Mortgage rates are reasonably modest, however, may be set to rise as the Federal Reserve considers an interest rate increase – the first time in nearly a ten years. Thirty year fixed rates were up to 4% last week, according to mortgage provider Freddie Mac – that is an increase from a year long low of 3.59%.

“This has plenty of buyers appearing willing to complete their purchase before rates and prices increase any further,” according to Jonathan Smoke, chief economist at Realtor.com. A recent Coldwell Banker survey discovered that 28% of homes are selling within as little as two weeks, in comparison to 19% before the recession. Numerous economists warn that the sales increases in recent months may be only temporary if prices increasees continue and price buyers out of the market.

Whatever happens south of the border will most likely have an effect on Canadian interest rates also. The extremely low mortgage interest rates we are enjoying in Canada currently are about as low as they can go. Combined with a declining Canadian dollar, a move by the Federal Reserve may be all it takes to bump our rates also. Nobody is disputing the fact that interest rates are going up – it is just a matter of when.