The leading news reports from the mortgage industry last week came from one of the major Canadian banks. The Bank of Montreal announced it was reducing their five-year fixed mortgage rates to below the controversial 3% rate – 2.99% five year fixed. BMO will lower the five-year rate from 3.49% to 2.99%. 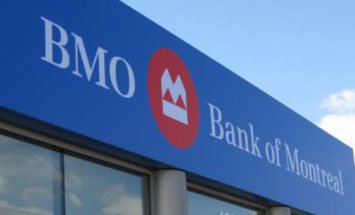 The 50 basis point cut would be the lowest among the big banks although non-bank lenders are offering even slightly lower ratesalready. Press reporters inquired if this mortgage rate decrease was associated with Jim Flaherty no longer being the federal finance minister and Mark Carney the Governor of the Bank of Canada. Bank of Montreal Chairman Bill Downe stated that he got into contact with the new finance minister before the bank made the rate change. Federal finance minister Joe Oliver refused to interfere in the bank’s decision, saying simply that “the government is gradually reducing its involvement in the mortgage market”. Mr. Oliver seems inclined to let market forces determine mortgage pricing at this time probably due to average or below housing starts.

As the five year government of Canada bond yield presently sits at 1.71% (close of trading March 28th), mortgage rate below 3% would result in a markup of 1.28%. Other financial institutions will have to determine if this is enough profit as they get ready to remain competitive during the higher seasonal volumes of the spring.

The real estate and mortgage industry have identified two important the specifics of BMO’s rate drop. First off, the 2.99% rate offered by BMO is for a mortgage that is not open for prepayment other than a sale of the property, includes relatively punitive penalty calculations and provides very restricted alternatives for lump sum payments and regular mortgage payment increases. Secondly, the Bank Of Montreal is not the only lender with mortgage rates below 3%. These lower rates are readily available in the market through non-bank lenders and the mortgage brokers, and have been for some time. What the bank has evidently executed is yet another very successful marketing ploy creating the perception that it must be the marketplace leader in mortgage rate pricing.

Bank of Montreal started last year’s mortgage rate wars with its 2.99% offer. Others  started matching with similar rate deals including Manulife Financial Corp. that took its five-year product down to 2.89%.