Call today for more information on a second mortgage in Collingwood surrounding area:

Many clients looking for a second mortgage in Collingwood and across Ontario are using second mortgages to consolidate high interest rate debts, renovate their homes or pay for unexpected expenses. Up to 95% “loan to value” second mortgages are available. [no_toc] 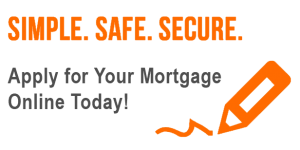 A second mortgage in Collingwood does not replace your existing first mortgage. It is a second position mortgage which is advantageous if you currently hold a favorably low rate first mortgage and do not want to discharge due to penalties, fees, etc. Second mortgages can also be arranged with greater ease due to the amount of lenders available both institutionally and privately.

What is a Second Mortgage?

A second mortgage is a loan that uses your home as collateral – similar to a loan you might have used to purchase your home in Collingwood.

The loan is known as a “second” mortgage because your purchase loan is often the first loan that is secured by a lien on your home.

Second mortgages tap into the equity in your home, which you might have built up with monthly payments or through market value increases in Collingwood.

Home equity loans and home equity lines of credit (HELOCs) are common examples of second mortgages. Some second mortgages are “open-end” (meaning you can continue to take cash out up to the maximum credit amount and, as you pay down the balance, can draw again up to the same limit) and other second mortgage loans are “closed-end” (in which you receive the entire loan amount upfront and cannot redraw after that).

How does a second mortgage work?

A second charge mortgage allows you to use any equity you have in your home as security against another loan. It means you will have two mortgages on your home. Equity is the percentage of your property owned outright by you, which is the value of the home minus any mortgage owed on it.

Lump sum: a standard second mortgage is a one-time loan that provides a lump sum of money you can use for whatever you want. With that type of loan, you’ll repay the loan gradually over time, often with fixed monthly payments. With each payment, you pay a portion of the interest costs and a portion of your loan balance.

Line of credit: it’s also possible to borrow using a line of credit, or a pool of money that you can draw from. With that type of loan, you don’t ever have to take any money – but you have the option to do so if you want to. You’ll get a maximum borrowing limit, and you can continue borrowing (multiple times) until you reach that maximum limit.

Like a credit card, you can even repay and then borrow again.

Rate choices: depending on the type of loan you use (and your preferences), your loan might come with a fixed interest rate that helps you plan your payments for years to come. Variable rate loans are also available and are the norm for lines of credit.

What is the difference between a home equity line of credit and a second mortgage?

A home equity loan is a loan that is secured by your home. If you repay the loan as agreed, your lender will discharge the mortgage. If you do not repay the loan as agreed, your lender can foreclose on your home to satisfy the debt. Generally, the amount that you can borrow is limited to 80 percent of the equity in your home, although in some situations this amount may be higher. The actual amount of the loan will also depend on your income, credit history, and the market value of your home. The two distinct types of home equity loans are the home equity line of credit (HELOC) and the closed-end home equity loan, often referred to as a second mortgage.

A HELOC, which is the more popular loan, is structured as a revolving line of credit. You can borrow as much as you need, whenever you need it, by writing a check as long as your total borrowing does not exceed your credit limit. Because it is a line of credit, you make payments only on the amount you have actually borrowed, not the full amount available. Borrowers will usually set up a HELOC so that it is available for unexpected expenses. It may also be beneficial to use your home equity loan to purchase a car or pay your child’s college tuition, since the interest is generally tax deductible.

Loan amount: second mortgages allow you to borrow a large amount. Because the loan is secured against your home (which is generally worth a lot of money), you have access to more than you could get without using your home as collateral. How much can you borrow? It depends on your lender, but you might expect to borrow (counting all of your loans – first and second mortgages) up to 95% of your home’s value.

Tax benefits: in some cases, you’ll get a deduction for interest paid on a second mortgage. There are numerous technicalities to be aware of, so ask your tax preparer before you start taking deductions. For more information, learn about the mortgage interest deduction.

Of course, life is full of trade-offs. Be aware of the pitfalls of using a second mortgage. The costs and risks mean that these loans should be used wisely.

Risk of foreclosure: one of the biggest problems with a second mortgage is that you have to put your home on the line.

If you stop making payments, your lender will be able to take your home through foreclosure, which can cause serious problems for you and your family. For that reason, it rarely makes sense to use a second mortgage for “current consumption” costs such as entertainment and regular living expenses – it’s just not sustainable or worth the risk.

Cost: second mortgages, like your purchase loan, can be expensive. You’ll need to pay numerous costs for things like appraisals, origination fees, and legal fees to register the second mortgage on your home. Even if you’re promised a ‘no closing cost’ loan, you;re still paying – you just won’t see those costs transparently.

Choose wisely how you use funds from your loan. It’s best to put that money towards something that will improve your net worth (or your home’s value) in the future – because you need to repay that loan.

Tips for Getting a Second Mortgage

Get prepared for the process by getting money into the right places and getting your documents ready. This will make the process much easier and less stressful.

Beware of dangerous loan features. Most conventional loans do not have these problems, but it’s worth keeping an eye out for them:

If you are looking for a second mortgage in Collingwood, and the surrounding area, contact us today.

First known as Hen and Chickens Harbour, with Hurontario Mills and the mill pond located at the east side, Collingwood was renamed in 1854 to honour one of Britain’s most noted naval heroes, Admiral Lord Cuthbert Collingwood, second in command to Admiral Horatio Nelson. By 1843 settlers had arrived and located on the shores of Georgian Bay near to where Collingwood is now situated.

A saw mill and a flour mill were erected on the shores of the bay by 1846 near the mouth of the Pretty River on the east side. The mills were a blessing to the settlers, since previously they had to carry their wheat and grains for grinding on their backs to Barrie, a distance of more than 36 miles.

While the townships around Collingwood were sparsely populated with few immigrant families as early as 1832, the settlements were far apart, with miles of dense woods between them. Although there had been talk for years of connecting Collingwood and Toronto by railway, it wasn’t until 1851 that a company was formed and money obtained to begin the actual construction work after Collingwood was chosen as the northern terminus for the Ontario Simcoe and Huron Railway line (later the Northern Railway of Canada) out of Toronto.

It was the arrival of the railroad in 1855 that cemented Collingwood’s worth as a centre for shipping and shipbuilding, since the rail line offered the ability to transport goods, materials and people easily and efficiently through the Great Lakes and points west.

Shipping began to gain importance with Collingwood being an early transfer point for emigration to the United States or western Canada. Freight and passenger traffic between American ports and the town was so heavy at one point, that Collingwood boasted a United States consulate. Shipping by water meant that local wooden boat building flourished during the 1850’s and 1860’s.

Following the completion of the Queen’s Dry Dock at the foot of Hurontario Street in 1882, corporate shipbuilding industry prospered. By the turn of the century Collingwood was fast gaining an international reputation for consistent quality work and innovative design under the banner of the Collingwood Shipbuilding Company.

Shipbuilding continued to play an important role in the fabric of the community’s economy, with more than 1,000 employed during peak periods. While the closure of the Yard in 1986 dealt a serious economic blow to Collingwood, recovery was swift and stable.

Today, Collingwood’s industrial base, which includes Collingwood Ethanol L.P., Pilkington Glass of Canada, Goodall Rubber Company – Canada ULC, and VOAC Inc, and which are among the community’s largest employers, has begun to erode.

Several industries in the area have closed in recent years, including Nacan Products (2004), Backyard Products (2004), Kaufman of Collingwood (2006), Goodyear Tires (2007), Alcoa Wheel products (2008) and the internationally famous Blue Mountain Pottery (2004). Collingwood is also home to the distillery where Canadian Mist Whisky is produced.

In June 2007, Collingwood Ethanol (Now Amaizeingly Green) began production in the former Nacan facility. The company expected to produce 50 million litres of ethanol annually to satisfy regulatory requirements on ethanol content in gasoline mandated by the provincial and federal governments. Collingwood Ethanol also produces byproducts of the ethanol manufacturing process, including an organic corn gluten fertilizer. Petitions have been submitted to the town by residents of a new housing development located across the road in an effort to force Collingwood Ethanol to reduce the amount of odour and noise that they are causing during the times when they are in full production. Before Collingwood Ethanol started production, however, Nacan (a starch plant that once occupied the now ethanol plant) also created a strong odour and noise. This made many locals wonder why a housing development would be built across the road from an industrial part of town. In December 2012, Amaizeingly Green, filed for receivership of the plant. Due to the higher cost of corn, the plant has not been in operation for some time.

Located on the southern shores of Georgian Bay and located in proximity to Blue Mountain, a promontory of the Niagara Escarpment, the town is a major recreation area for the southern part of the province. Blue Mountain itself is noted for skiing, and also for its Scenic Caves. The town is also a short distance from the popular Wasaga Beach Provincial Park, an attractive destination that received the title of Biosphere Reserve in 2004.

Local media include the Collingwood Enterprise-Bulletin and Collingwood-Wasaga Connection community newspapers, and radio station CKCB-FM. The Barrie-based regional television station CKVR-TV maintains a bureau in Collingwood, and the Owen Sound-based Bayshore Broadcasting radio group also has an office in Collingwood. Collingwood is also known for its annual week-end Elvis Presley festival, which attracts Elvis impersonators from the world over in late July of each year.