Alternative mortgage lender Home Capital Group was halted trading on the TSX Wednesday after the company divulged it had severed connections with multiple mortgage brokerages for inflating income information pertaining to applicants.

Home Capital opened an investigation immediately after being advised that some of their brokers were involved in falsifying income numbers. The company said it had become aware of situations where applicants had submitted employment letters declaring more substantial incomes than they in fact earned.

“There was no evidence of falsification of credit scores or property values,” the Toronto-based company said in a statement.

The organization noted in a statement that it is publishing the important information after a request from the Ontario Securities Commission (OSC). Home Capital provides residential financing mainly to recent immigrants, self-employed individuals and borrowers who have non-traditional incomes, making it more difficult for them to get financing from traditional financial institutions like the big banks.

In an investigation stared in September 2014 threw until March of this year, Home Capital said it terminated fifty three broker companies in the review. That is out of more than 4,000 brokers the company works with at any given time, however, these were the higher performing ones. The company stated that the brokers which have been singled out, contributed $960 million worth of mortgage loans last year. That number is roughly 5% of the mortgages the lenders has out presently.

“During the course of its review, Home Capital did a broader test to ensure that this was not a widespread issue in its portfolio and the company is comfortable that it is not.”

Home Capital’s stock has fallen more than 43 per cent in the last 12 months, but was up 11 per cent once trading resumed on Thursday.

Even though income was inflated to qualify applicants for higher mortgage amounts, it is doubtful that these mortgages will actually default or have any real impact on Home Capital. The only real impact is that their mortgage portfolio is not as valuable as it seemed. 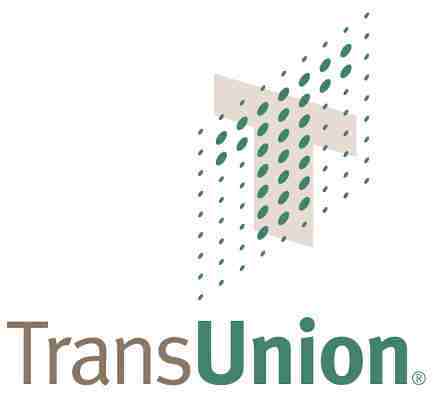 TransUnion anticipates surge in personal debt delinquencies in parts of western Canada where employment is largely oil related. Alberta and Saskatchewan are forecasted to be hardest hit.

Alberta and Saskatchewan may soon be facing a distinct increase in the amount of consumers getting behind on their debt obligations later in the year, according to credit reporting agency TransUnion.

In a study released Wednesday, by TransUnion, there is a forecasted rise in amount of personal loan delinquencies. This is expected to grow by double-digits in Saskatchewan, and as much as 60% in the province of Alberta. These two provinces are the ones most reliant on oil prices. In Alberta, more than one quarter of the province’s GDP is linked to oil pricing, which as we all know is down 50% in the past year. In Saskatchewan, more than one sixth of GDP is tied to oil.

According to the TransUnion study, the amount of individuals who choose to pay off just twice their minimum credit card payment has increased by 10% in the oil town of Fort McMurray, since last summer.

“Based on an historical analysis of the last oil crash and recent payment behavior trends, we expect materially higher delinquency rates in Alberta and Saskatchewan in the second half of 2015,” according to TransUnion’s research director Jason Wang. “If lenders do not take proactive measures to address the impact of the decline in oil prices, we could potentially see double-digit delinquency rate increases in Saskatchewan, and as much as a 60% increase in some areas of Alberta.”

The credit reporting agency arrived at these figures after taking a look at what happened to delinquencies the last time the price of oil declined by this much, in 2008. At that time, the increase in delinquencies developed two quarters following the price of oil fell, and increased by 60% for the following four quarters. “These are particularly noteworthy observations because it shows that Albertans suffered financially for a period much greater than the actual oil slide and recovery,” said Jason Wang.

Frequently the first sign of a future debt problem is a decrease in how much people pay off their credit cards every month. “The fraction of the balance that is paid, and changes in that fraction, are quite effective indicators of future non-repayment risk,” according to TransUnion. In their case study of oil town, Fort McMurray, the percentage of people who pay off no more than twice the minimum payment every month has increased by 10% since last summer.

“Many consumers in Alberta may be facing challenges meeting their monthly payment obligations,” said Jason Wang.

At the moment, there is hardly any evidence that there is any change to nationwide delinquency rates. This could be due to the fact that Alberta only accounts for 12% of Canada’s debt, compared to Ontario’s 39%.

“What is particularly important to understand is that balances are much greater today than they were in the 2008 and 2009 period, therefore any delinquent accounts will place a greater burden on the economy.”

For an alternative to credit card debt consolidation find out more about Grouplend personal loans.